D-Day: Stories from the Walls

D-Day: Stories from the Walls

The D-Day: Stories from the Walls project explores the stories of some of the American soldiers that passed through Southampton during the Second World War and the city’s crucial role in the war. Though their passage was comparatively fleeting, the legacy of these soldiers remains in the form of ‘graffiti’ etched into walls near the city’s docks.

Only one section of wall bearing this graffiti now remains. In 2019-2020, we made a digital record of the wall and its inscriptions in order to preserve it for future generations. The project commemorated the 75th Anniversaries of D-Day, the Battle of the Bulge and Victory in Europe (VE) Day. Through a programme of fieldwork, research, exhibitions and outreach, it engaged volunteers and communities in the discovery of Southampton’s crucial role during the Second World War and the stories behind the men who carved their names on the wall.

This project has been made possible by money raised by National Lottery players; it focuses on an important heritage feature of Southampton.

Through our ‘D-Day: Stories from the Walls’ 3D interactive viewer, you can explore the wall in spectacular detail, zooming in on its bricks and seeing its inscriptions up close. Once inside the viewer, you will be able to view information in the right panel: here, different resources and the soldiers’ stories can be viewed using the icons at the top of the panel. You can also open the left panel to scroll through all the names we have recorded – this will take you to the part of the wall where you can see each soldier’s associated inscription.

You can also explore some of the bricks held in Southampton City Museum Collections in 3D:

Watch our fascinating ‘D-Day: Stories from the Walls’ documentary

It explores Southampton port during WWII and the lives of the US soldiers in the city. It presents the techniques used to record, document, and digitally preserve the wall, and the research that has revealed the fascinating and moving stories of the soldiers who made their mark before embarking to Europe. We also hear from volunteers and their experiences of being involved in delivering the project.

“ ‘D-Day: Stories from the Walls’ really sums up why I am such a keen supporter of Maritime Archaeology Trust and why I believe they’re the best in the world at what they do. Their detailed exploration and analysis of the wall has allowed us all to enjoy the wonderful records of American servicemen who passed through Southampton during the war. The Trust is also very adept at presenting its discoveries in a way that is accessible for schools and for the rest of us. Its 3D projects are amazing. Its website is amazing. Thank you to the whole team for working so hard on the ‘D-Day: Stories from the Wall’ project”. Dan Snow, Historian.

Read about the project 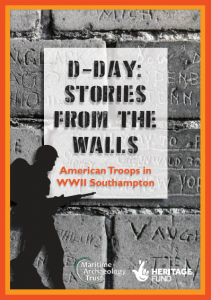 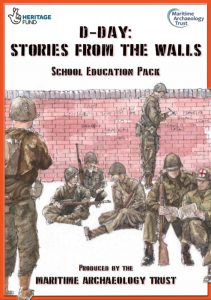 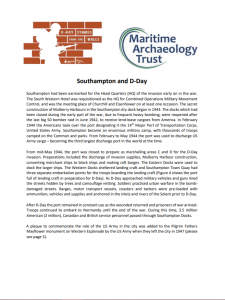 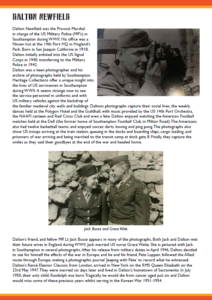 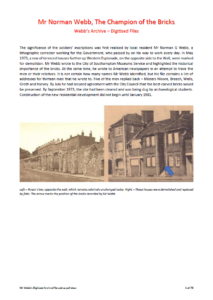 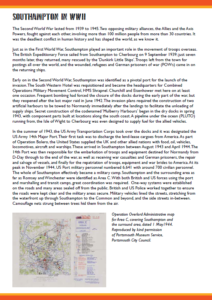 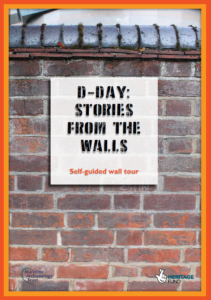 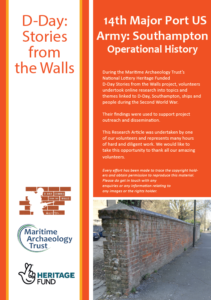 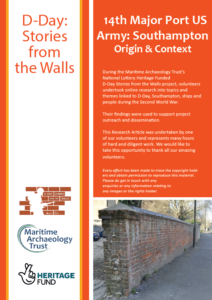 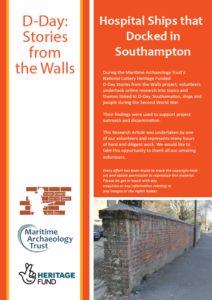 Hospital Ships that docked in Southampton 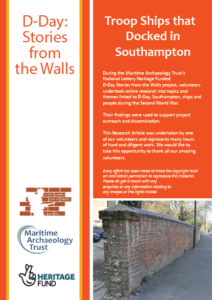 Troop ships that docked in Southampton 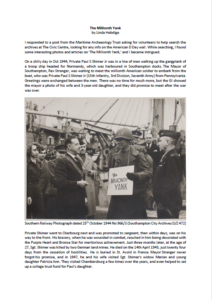 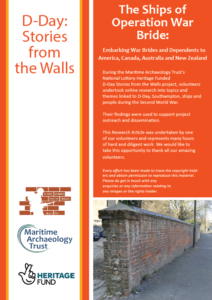 The Ships of Operation War Bride 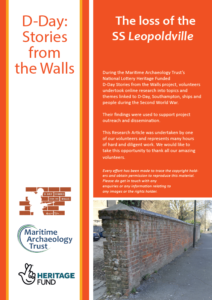 The Loss of the SS Leopoldville

You can easily see the wall in person by paying it a visit at: Western Esplanade, Southampton, SO15 1AG. The wall is on a public road with nearby parking. If you enjoy both history and walking, perhaps you could visit as part of our WWII Southampton Walking Tour, put together by volunteer, Richard Wyatt: 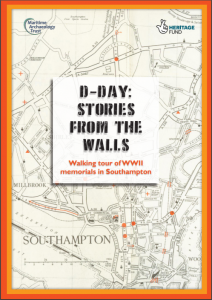 You can download and have a go at our quiz here. The answers to the quiz are here – no cheating! There is also a history-themed geocaches in the area – find the clues to it here!

Find out more about our work on the Second World War: